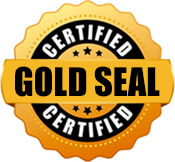 Brewers Bay Beach House has the coveted beachfront location that is constantly sought after but not often found on Tortola. From it’s design you can tell that this charming house was originally a boathouse and it retains all of the old-fashioned character such as gingerbread trimmed verandas, high arched wooden doorways and traditional wooden shutters.

This three-bedroom house is located in a safe, residential community on a peninsula that divides Brewers Bay from neighbouring Shark Bay that is home to local fisherman who bring in their catches of local fish daily. Set within gated tropical gardens and bordered by sea grape trees and hibiscus bushes, Brewers Bay Beach House is a peaceful setting for your vacation. Steps lead down from the property to the sandy beach, which is also gated and safe for small children. The reef in front of the house is teaming with marine life including turtles and lobsters to name only a few.

The house has a very traditional open layout downstairs with a kitchen/living area that opens out on to the veranda and garden. There is also one bathroom on the ground level. Upstairs are all three bedrooms and one further bathroom. The master bedroom and queen bedroom have high, cathedral ceilings and the master bedroom has its own private balcony with unrivalled sea views. The third bedroom has two twin beds and is ideal for children.

Sit back and relax in the alfresco dining area and enjoy a well-earned cocktail while watching the sunset over the bay. The view across the channel to Jost Van Dyke is interrupted only by the diving pelicans and perhaps a passing pod of dolphins.

Brewers Bay Beach House makes an ideal base for exploring the trails leading to the “Bat Cave” and the ruins of the sugar distillery at Brewers Bay.

Brewers Bay Beach House is the Perfect Place to Sit Back and Relax!

Brewers Bay Beach House has the coveted beachfront location that is constantly sought after but not often found on Tortola. From it’s design you can tell that this charming house was originally a boathouse...